The world currently relies heavily on coal, oil, and natural gas for its energy. Fossil fuels are non renewable, that is, they draw on finite resources that will eventually dwindle, becoming too expensive or too environmentally damaging to retrieve. In contrast, renewable energy resources—such as wind and solar energy—are constantly replenished and will never run out.

Most renewable energy comes either directly or indirectly from the sun. Solar energy can be used directly for a variety of commercial and industrial uses.

A variety of technologies convert sunlight to usable energy for buildings. The most commonly used solar technologies for homes and businesses are solar water heating, passive solar design for space heating and cooling, and solar photovoltaics for electricity.

Businesses and industry also use these technologies to diversify their energy sources, improve efficiency. Solar photovoltaic and concentrating solar power technologies are also being used by developers and utilities to produce electricity on a massive scale to power cities and small towns. 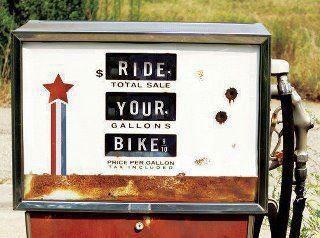 The sun’s heat also drives the winds, whose energy is captured with wind turbines. The Earth’s rotation also contributes to the winds, particularly through the Coriolis effect.

Wind turbines can be used as stand-alone applications, or they can be connected to a utility power grid or even combined with a photovoltaic (solar cell) system. For utility-scale (megawatt-sized) sources of wind energy, a large number of wind turbines are usually built close together to form a wind plant, also referred to as a wind farm.

Along with the rain and snow, sunlight causes plants to grow. The organic matter that makes up those plants is known as biomass. Biomass can be used to produce electricity, transportation fuels, or chemicals. The use of biomass for any of these purposes is called biomass energy.

Biomass energy, or “bio-energy”—the energy from plants and plant-derived materials—has been utilized since people began burning wood to cook food and keep warm. Wood is still the largest biomass energy resource today, but other sources of biomass can also be used. These include food crops, grassy and woody plants, residues from agriculture or forestry, oil-rich algae, and the organic component of municipal and industrial wastes. Even the fumes from landfills (which are methane, the main component in natural gas) can be used as a biomass energy source.

Hydrogen also can be found in many organic compounds, as well as water. It’s the most abundant element on the Earth. But it doesn’t occur naturally as a gas. It’s always combined with other elements, such as with oxygen to make water. Once separated from another element, hydrogen can be burned as a fuel or converted into electricity. Because energy is always needed to produce hydrogen, hydrogen is not in itself an energy source, but rather a way to store and transport energy, so it is often referred to as an energy carrier.

Geothermal resources allow for them to be used on both large and small scales. A utility can use the hot water and steam from underground reservoirs to drive generators and produce electricity for its customers. Other applications apply the heat produced from geothermal directly to various uses in buildings, roads, agriculture, and industrial plants. Still others use the heat directly from the ground to provide heating and cooling in homes and other buildings.

Hydro power is using water to power machinery or make electricity. Water constantly moves through a vast global cycle, evaporating from lakes and oceans, forming clouds, precipitating as rain or snow, then flowing back down to the ocean. The energy of this water cycle, which is driven by the sun, can be tapped to produce electricity or for mechanical tasks like grinding grain. Hydro power uses a fuel—water—that is not reduced or used up in the process. Because the water cycle is an endless, constantly recharging system, hydro power is considered a renewable energy.