‘Crowdsourcing’ is a key word within the open innovative community. The major question for both research and development is how to ﬁnd and lever the enormous potential of the ‘collective brain’ to broaden the scope of ‘open R&D’ and its implications and utilization within the actual physical community.

The objective of this research is to develop a framework for a community-based innovation development platform that generates innovations, process and product(ion) ideas in general and for IzReaL.eu, in particular, combining the concepts of idea conception and the virtual communities. Furthermore, the concept aims at providing a tool for human resource processes in order to identify the most suitable individual(s) for the task within in the community. To explore an integrated concept for supported idea conception in collaboration with virtual communities for leveraging its potential and is evaluated in a real-world setting. 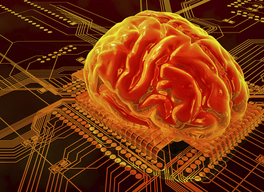 Large Groups of people are smarter than an elite few, no matter how brilliant – better at solving problems, fostering innovation, coming to wise decisions, even predicting the future (Surowiecki, 2005). Surowiecki’s bestseller ‘The Wisdom of Crowds’ highlights the potential of a new paradigm: Open Innovations.

Traditionally, research and development departments are the main drivers of  innovations. Now, the tendency to open up to other resources of innovations has become more and more important (Surowiecki, 2005). Jeff Howe captures this new approach with the phrase ‘Crowdsourcing’. He describes this phenomenon as ‘everyday people using their spare cycles to create content, solve problems, even do corporate R&D’ (Howe, 2006).

The literature describes the integration of customers as one of the biggest resources for external innovations (cp. Gassmann and Enkel, 2006; Wagner and Prasarnphanich, 2007). Customer integration is a mode of value creation in which customers take part in both operational and innovation value-creating activities, which was used to be seen exclusively as the domain of the manufacturing agent (cp. Tseng and Piller, 2003; Piller and Walcher, 2006; Reichwald and Piller, 2006). Drawing on these results, Chesbrough (2003, b) argues that the closed innovation paradigm has become obsolete due to four erosion factors:


The increased availability and mobility of skilled technology workers.

The decentralization of the venture capital market.(crowd funding)

There are two critical assumptions: Crowdsourcing opens the innovation funnel – the scope for screening ideas. Therefore, gains more ideas for innovations. ‘We is smarter than me’ is the basic assumption of open innovation. This leads to better selection of ideas and better development of innovations (cp. Hazard, 2007; Laubacher, 2007).

The literature provides useful concepts and tools to reduce traditional boundaries (cp. von Hippel and Katz, 2002; Franke and Piller, 2004; Enkel and Gassmann, 2005; Piller and Walcher, 2006). Toolkits for user innovation are an emerging alternative approach in which manufacturing agents reduce their attempts to understand user needs in favor of transferring need-related aspects of product and service development to users themselves.

In addition, existing virtual communities as a ‘natural’ aggregation of (potential) users can also serve as the basis for the leveraging of innovative ideas.