Partly as a result of different micro/macro economic conditions of life, members of different communities / societies often have different value systems and view the world in different ways. As such, there exist different “conceptions of social reality, different aspirations and hopes and fears, different conceptions of the desirable.”  We would like to define wealth as access to well-being.

There are at least three levels of wealth:

Tradable Wealth: Food, shelter, services, time, are all forms of tradable wealth. We are all familiar with tradable wealth–it is the stuff we need and want, the resources that we compete for. Things we can trade are the products or the components of systems.

Measurable Wealth: Health is non-tradable–One can’t give it to another person. One can give you blood, which may affect health, but one can’t give health itself. It is a property of ones body as a whole. However, one can measure health in lots of objective ways: the miles one can run or the number of times a person sees a doctor. Another thing that is non-tradable is the productive capacity of a factory. One can sell the products of the factory, or the factory itself, but not its productive capacity. But one can measure its productivity by comparing its output to the inputs it requires. Similarly the health of a forest is non-tradable. Its diversity, resilience, etc. can, as with bodily health and productive capacity, be affected and objectively measured, but it can’t be traded. Bodies, factories, and forests are all examples of systems. Things we can measure but not trade are properties of systems as a whole.

Acknowledgeable Wealth: Friendship, beauty, freedom, civility, culture, happiness, integrity, reputation–these are all forms of acknowledgeable wealth. They are neither tradable nor objectively measurable because their impact is only felt subjectively. One can have friendships of different strengths–from an acquaintance to a best buddy–and though one can tell the qualitative difference between them, that difference is not measurable using any external scale. Rather, it is a difference in quality of relationship between one system and two other systems. Similarly a professional reputation comes from relationships with for example previous clients. As a potential client one can get a subjective sense of reputation by talking to previous clients, but there is no one objective standard to go by in making a choice. Those things that we can acknowledge but cannot measure or trade are inter-systemic resonances.

These levels of wealth are interdependent. Many communities are resource-poor but health- and culture-rich, but this is only possible up to a point: at some point lack of resources will degrade health and culture. Communities that are resource-rich but don’t maintain their other levels of wealth will eventually degrade their capacity to maintain their tradable wealth.

Accepting a token allows one to give without immediately getting wealth in return, because of the know fact one can use the token to get wealth later. Stocks and bonds work similarly in higher-risk situations. Thus wealth-acknowledgment systems evolve in a feedback spiral with social cohesion and trust. They require some level of trust and cohesion to function, but they generate much greater cohesion and trust, which allows new wealth-acknowledgment systems, and the loop continues.

That’s where alternative systems can offer solutions for communities.

Why alternative currencies are a good idea ?

Modern money is inefficient and unfair. Because communities cannot create their own currencies they are beholden to, and fundamentally controlled by, whoever does, just as users of coins were limited by the amount of precious metal available. When communities can create their own currencies, they don’t have to export their own wealth to get money to use for trade. They can start trading right away and export later if they so choose.

“Money can’t buy me love.” The structure of the modern monetary system is based on assumptions of competition & resource scarcity. Though these assumptions can be applied to tradable wealth, they blind us when we apply them to only measurable or acknowledgeable wealth. To cultivate the kinds of wealth that correspond with overall systemic health and inter-system resonances, where the assumptions of scarcity and competition no longer apply, we need a new wealth-acknowledgment system.

Our culture and our planet are falling apart. Humanity has grown so large and complex that cultural systems that once maintained the health of our communities no longer can. Similarly, the effects of humanity on the planetary ecosystem are beyond the ecosystems capacity to self-repair. Humanity must take responsibility itself, but currently has no tool and no capacity sufficient to the need for collective action. 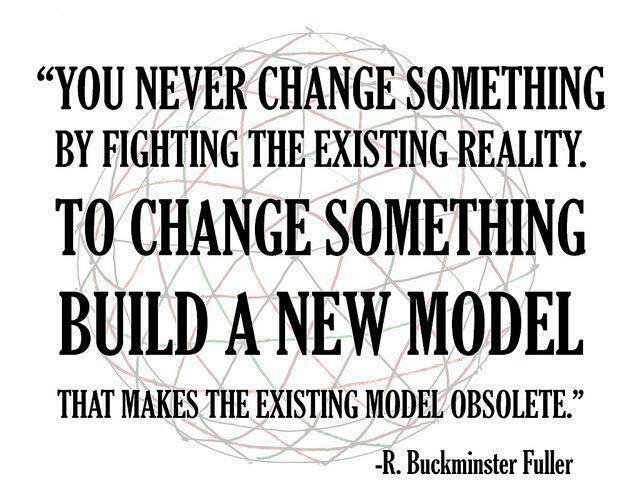 How does that work?

Throughout history, wealth acknowledgment evolved by becoming more abstract and less substantial. Alternative currencies follow this same pattern, not just a new single kind of money. It enables the creation of many new types of money. It puts currency creation directly in the hands of communities so that they can create wealth-acknowledgment systems for tracking all types of wealth–tradable, measurable, and acknowledgeable–and so that they can tailor the tracking to fit their precise needs.

Alternative currencies work by providing a unified platform for the interchange of all these different kinds of wealth acknowledgment, just the same way that the Internet provides a unified platform for the interchange of all kinds of information. Just as the great shift of the Internet was in not specifying what kind of data can flow across it (unlike the phone network), the great shift of alternative (local) currencies lies in not dictating which new form of wealth-acknowledgment people should use. Instead it provides the basic building blocks for communities to create new types of wealth-acknowledgment systems themselves.

Right off the bat, communities can use their wealth for simple things like Local Exchange Trading Systems (LETS), Time Banks, barter networks, trading programs, co-ops, reputation tracking systems, business loyalty programs, etc. But the interesting stuff will happen when communities apply their creativity to invent new currencies that solve wealth-acknowledgment problems we don’t even have names for yet.