Straw/clay has been in use for thousands of years with great success. “One of the best low-cost insulating materials is clay-coated straw (or other lightweight plant materials). A light coating of clay acts as both a binder and preservative. Clay-coated straw has been shown to last over 700 years as a non-deteriorating insulation! As the clay dries, it binds the straw together in a surprisingly rigid mass. It’s a “natural styrofoam”. You could stuff straw/clay inside pallet walls for soundproofing between rooms. Most often straw/clay is combined with a timber-frame that carries the loads. 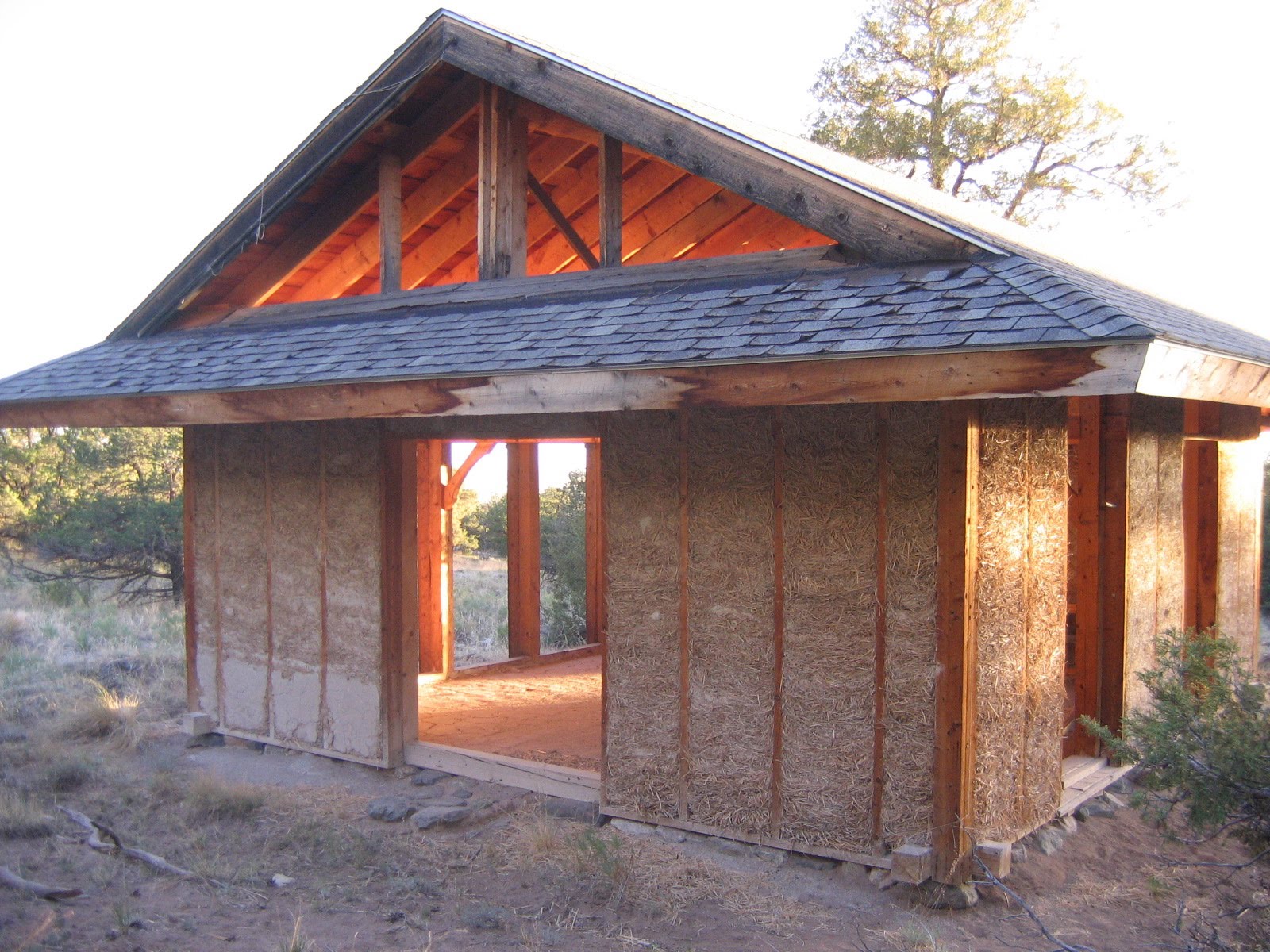 Any stiff agricultural waste similar to straw will work. Hay is too flimsy and has seeds, so it doesn’t work very well. Barley straw, wheat straw, and other grain straws work well. Clay can be gotten from the earth. Many sub soils are primarily clay. River bottoms and river banks are usually clay. Clay is also used by brick and tile manufacturers and can be bought from them cheaply.

Even soil which has a moderate amount of clay such as commonly used for adobe, about 35-50% clay, will work. The slurry is not as sticky, compared with pure clay, but even ordinary mud works well enough. This is not rocket science. Use a dry wall stirring paddle and electric drill to mix the clay or mix in any kind of mixer. Mud mixed in a box with a hoe works. 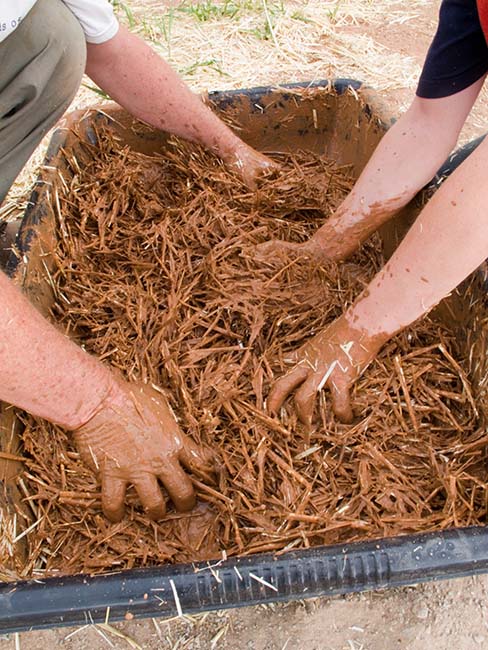 1. Break the clay into small particles so that it will mix with water easily.
2. Make up a slurry of clay and water. Any soil that is mostly clay will also work. The consistency should be like cream or a thin milk shake.
3. Spread the straw out on the ground. Dampen the straw with a spray nozzle if available.
4. Pour (drizzle) the slurry over the straw, then toss and mix the straw so that it becomes lightly coated. Ordinary garden rakes work well. The clay should only very lightly coat the straw. This is NOT adobe. Maybe 5-10% clay, 90-95% straw. When dried in the wall, you can hardly see the clay, but it binds the straw together very well.

In addition to being an insulator, it can be used as a wall forming material. In the middle ages, even up to the present time, the method works like this:

1. A post and beam structure is first built.
2. Two boards are temporarily nailed to the posts, one on each side.
3. The resulting cavity is filled with straw-clay.
4. The material is tamped down (a 2×4, 4×4, or small post will do). The idea is not to compact it into a solid mass, you couldn’t do it easily anyway because the straw will remain springy until it dries.
5. The two side boards are moved up immediately and stuffed again and again until the wall is as high as desired. No need to wait for the straw-clay to dry before moving the boards up. (A movable, sliding form could also be used to make walls.)
6. A saw is used to cut out windows, or window frames are placed first.
7. The wall is allowed to dry and is hand plastered inside and out. The soft undulating plastering adds a charm that cannot be found in modern buildings.”

Feel the need to learn how to do it? Join us in a workshop. More info here.