Container gardening isn’t only for savvy urban gardeners and folks with limited space to grow, it can also be for folks who want to maximize their yields in a controlled environment. Not only does growing potatoes in a barrel reduce the amount of weeding and exposure to pests and fungi, you don’t even have to risk shovel-damage to the tender potatoes by digging them out of the ground when they’re done, just tip the container over.

Even you can do it, just follow the 4 easy steps below. 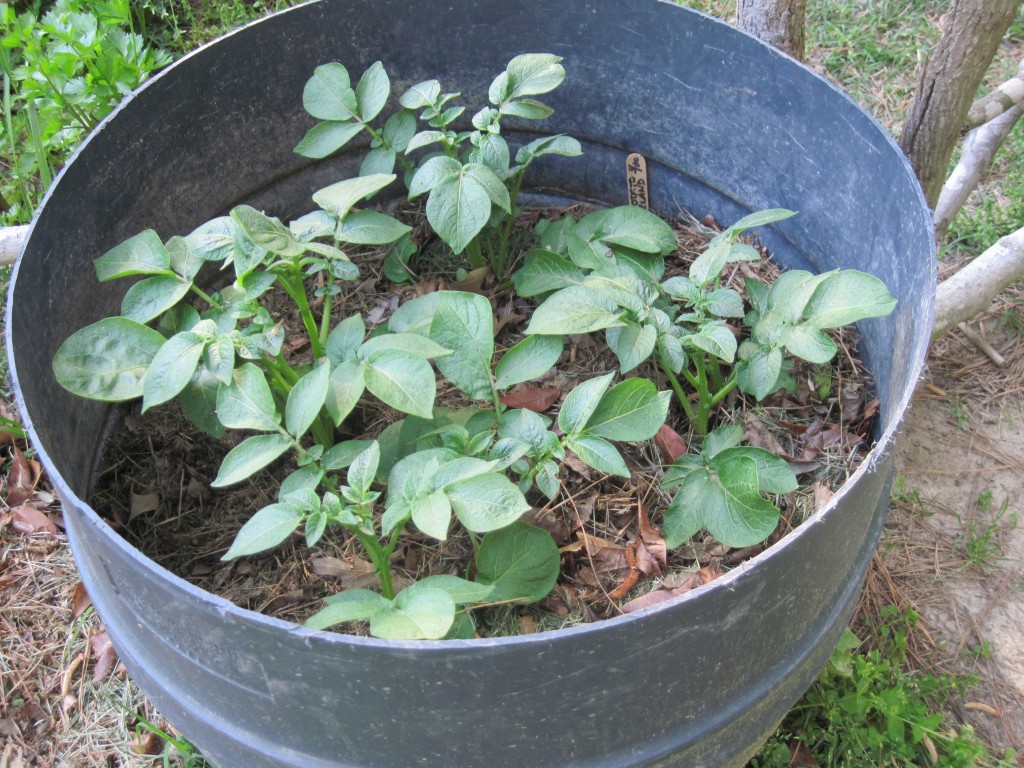 1. Select and prepare a container

You’ll need to pick out a container such as a 50-gallon trash barrel or any other 2 to 3-foot tall container will work, but be sure to select a container that either already has holes in it, or is okay to cut holes in. Next you’ll want to clean your container with a mild bleach solution to get out any of the nasties that have been lingering in there.

Good drainage is critical for the cultivation of healthy potatoes so you’ll want to cut or drill a series of large drainage holes in the bottom and bottom sides of your container. Alternatively, you can cut out the bottom altogether and place it on a well-drained surface like your garden bed.

2. Choose a variety and plant potatoes

Seed potatoes can usually be found at nurseries early in the growing season, but you should only have to buy them once. If you can, “chit” or sprout your potatoes before planting them by setting them out in an egg carton, the side with the most buds facing up, and putting them in a cool light room out of direct sunlight to sprout. Putting the tubers in an open paper bag can have this same effect. 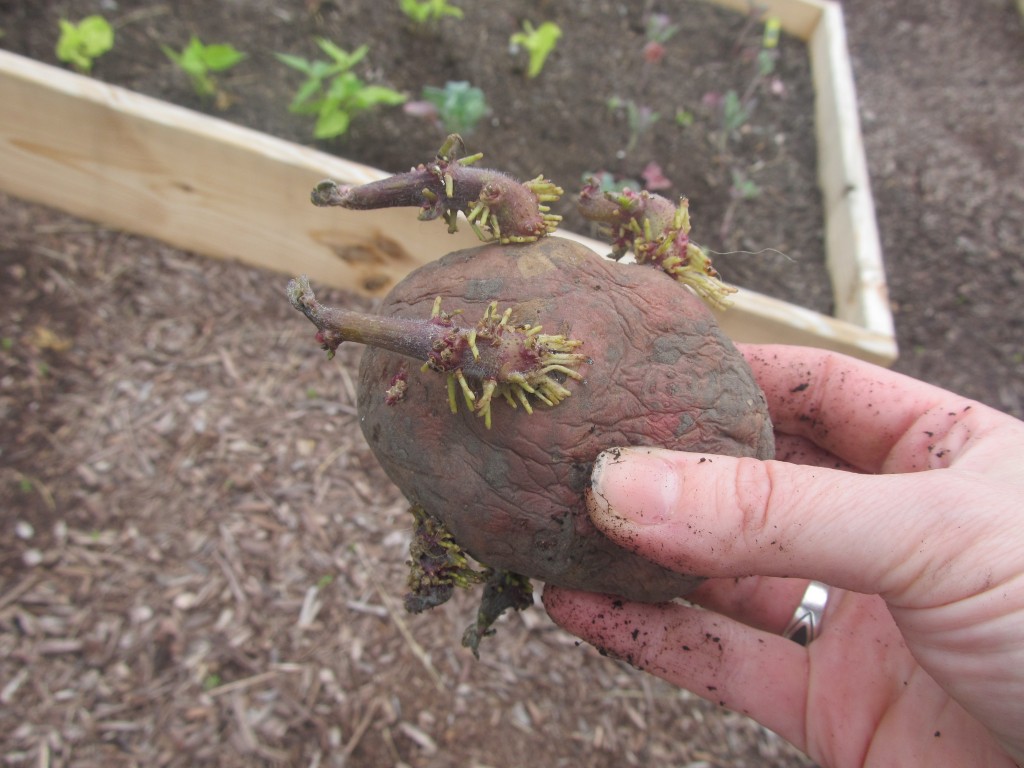 Fill in the bottom of your container with about 6 inches of loose planting mix and compost. You’ll want to use a planting mix with a peat moss-like soil amendment like this product made from re-purposed coconut husks, doing so will keep the soil from becoming too compacted and help it to store moisture for the roots. Next, add some seed potatoes on the layer of soil, making certain to leave plenty of space between each cube. You can use the whole potato but you can if you like cut the potatoes into 1 to 2-inch cubes for planting. Loosely back fill the potatoes with another 6 inches of your soil and compost mix and water to dampen soil. Keep the soil damp at all times but be careful not to overwater.

When they have about 6 to 8 inches of foliage, add another layer of your soil-compost mix covering about one-half to three-quarters of the visible stems and foliage. Repeat this process of allowing the sprouts to grow and then covering the sprouts and moistening the soil as the plants grow up toward the top of the barrel. 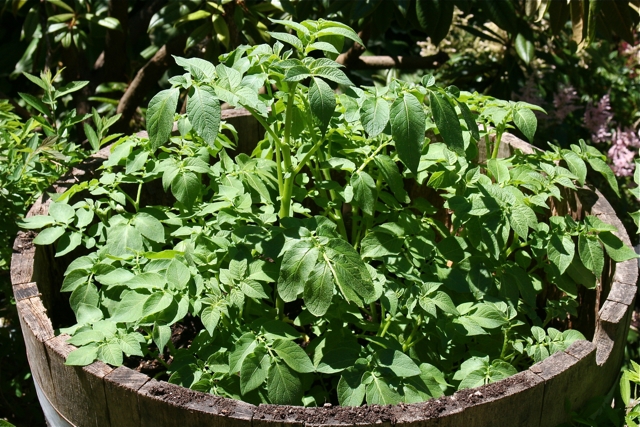 After about 10 weeks or until the plants flowers and start to yellow, the potatoes should be ready to harvest. Carefully dig down with your hands to inspect the top-most layer. After you’ve confirmed your potatoes are done, dump the barrel out on a tarp and inspect your bounty.

Other tips to grow bushels of barrel potatoes