Cob is a mixture of clay, sand, straw, and water. Cob building is an old technique. Next to Adobe brick construction it is the most common earthen building technique. Cob construction involves layering a mix of clay, sand and straw directly onto the emerging wall without the use of mortar or a framework. The rough surface is later trimmed up and usually rendered, which leads to a soft, undulating look of the walls. 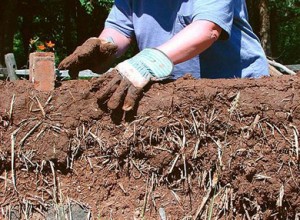 Cob provides extra thick and sculptured walls easily, but the construction may be prone to shrinkage while drying, calling for careful selection of materials and construction detailing. Cob walls are usually load-bearing. A cob home will have a very distinct and unique quality to it that you will not find among conventional homes.

Cob buildings are massive monolith structures and are very well suited for moderate and warm climates as their mass provides excellent thermal storage. The cob itself is a “thermal mass” that absorbs sunlight and warms the building over the course of the day. This is called passive solar heating, and it will keep the inside of the building warm in the winter and cool in the summer. For colder climates with less solar exposure cob may not be the preferred building technique due to its lack of insulation properties.

If you live in a region that gets very cold in the winters, you could build a hybrid bale cob wall system. A bale cob wall consists of stacked straw bales covered with cob on the sides and mortared together. This provides better insulation value. Even if your winters don’t get extremely cold, you might consider doing bale cob on the West and North walls of your structure. These are the sides that get the least amount of sunlight. 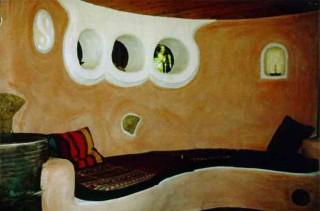 Unlike conventional homes which are mostly constructed with synthetic, industrial-formed materials, cob homes are built almost entirely out of natural, clean materials. Industrial homes are full of indoor air pollutants and off-gassing of chemicals contained in the building materials. Cob homes do not have this problem. In fact, cob actually “breathes” through its tiny pores and keeps air fresh and clear. If you suffer from indoor allergies then living in a cob house could significantly improve your quality of life by eliminating the toxins that may cause them.

A house made out of cob is actually a high standard home. Many uninformed people would label a house made out of materials such as mud as a poor living environment like something that would be found in a third-world country. However, this is not the case. On the contrary, a standard conventionally built home could easily be considered low standard if you think about all of their negative health and environmental effects they can have. 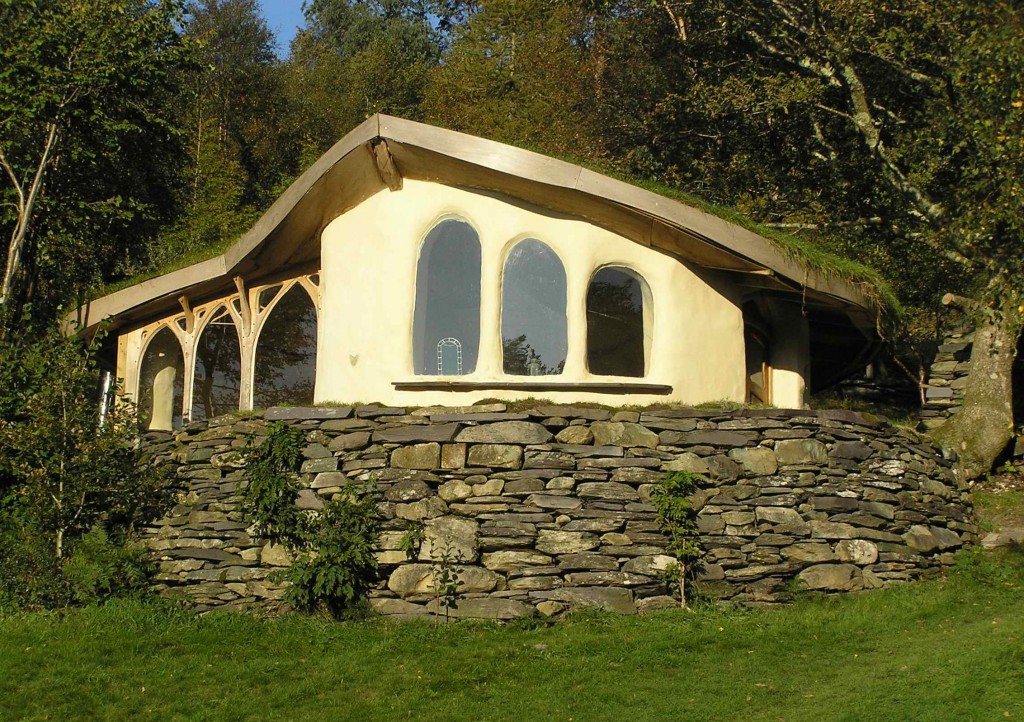 The straw, which is part of the cob mix, acts like a natural re-bar holding the whole structure together as one monolithic piece. This makes cob homes extremely solid and resistant to earthquakes. Many cob homes have lasted for hundreds of years with minimal upkeep, whereas wooden structures generally survive only a few generations.

One of the most commonly asked questions about cob is “What happens when it rains?” The cob tradition originates in England and Wales, which are not dry places by any standard. These areas have whole villages of cob buildings, many of them hundreds of years old.

The secret is the same as that of any building style: A good roof and a good foundation are the keys to survival in wet climates. A stem wall with sufficient height to protect the walls from splashing water when it rains and large roof overhangs are time proven methods to ensure the survival of the structure. 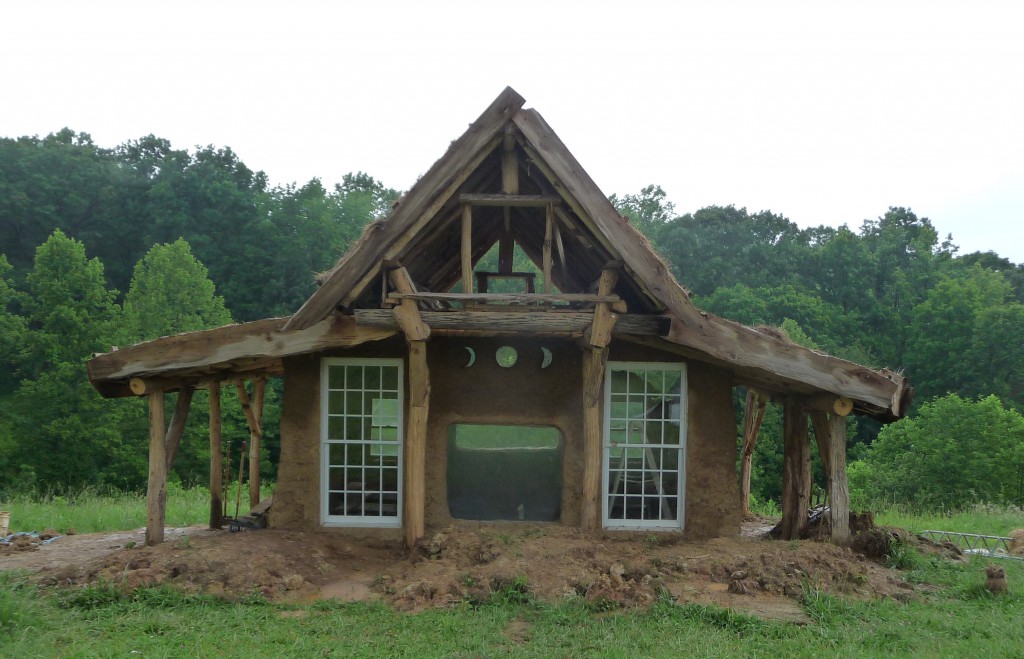