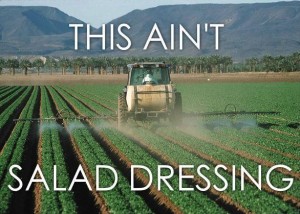 A new study conducted at Arctic University of Norway and published in the June issue of Food Chemistry has found that there are “extreme levels” of Roundup, an herbicide, in genetically engineered soy. The soybeans were harvested in Iowa. High levels of Roundup were found on 70% of the GE soy plants.

The Roundup Ready GM soy comprises 93 to 94% of U.S. soybean production. The plant is genetically modified to tolerate exposure to glyphosate-based Roundup during its entire growth cycle.

Food Poisoning Bulletin has told you about issues with these plants before. Roundup interrupts the shikimate pathway in plants and kills them. Scientists used to think that made the chemical safe for humans, but it has been discovered that our gut bacteria, which are critical to our immune systems and health, have the shikimate pathway.

And since this crop came on the market, use of Roundup to try to combat herbicide-resistant weeds (superweeds) has more than doubled. The EPA has increased the amount of “allowable” glyphosate in GE crops to 40 ppm from 20 ppm, which is higher than the threshold where glyphosate induces human cancer cell growth. 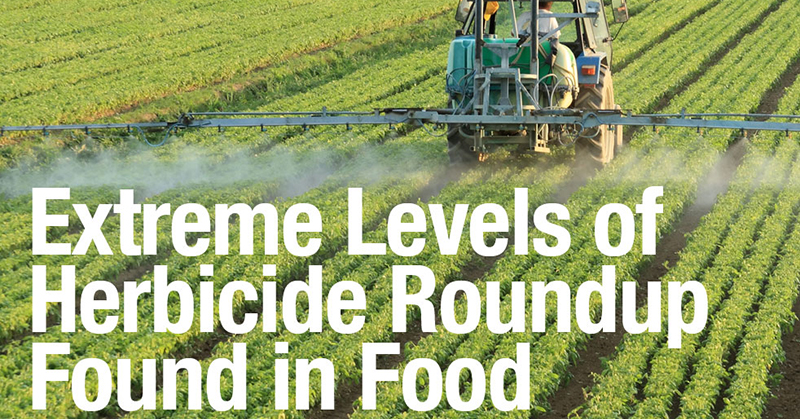 Environmental Working Group (EWG) states that Monsanto itself set the “extreme” level of contamination at 5.6 milligrams per kilogram of plant weight. In the Norwegian study, scientists found 9 milligrams of Roundup per kilogram, on average. EWG states, “what it boils down to is this: every time we eat GE soy we are taking a dose of Roundup with it.”

The study’s authors said that “lack of data on pesticide residues in major crop plants is a serious gap of knowledge with potential consequences for human and animal health.”