Honey, that light, sweet nectar that brightens your tea, can also pack a major nutritional punch. Honey is chock full of antioxidants, could help fight seasonal allergies, and according to new research presented at the spring meeting of the American Chemical Society (ACS), may battle antibiotic or antimicrobial resistance.

The Centers for Disease Control and Prevention has called antibiotic resistance one of the “world’s most pressing public health problems,” and one that is growing quickly. It is no exaggeration to call any means of combating this devastating trend lifesaving.

What is antibiotic resistance and why is it such a big deal?

Antibiotics have revolutionized health care the world over. By destroying harmful bacteria, these and similar drugs (together called antimicrobial agents) have battled illness and prevented death from infectious diseases for more than 70 years. If antibiotics were to lose their effectiveness, the result on public health would be nothing short of devastating, yet that is precisely what is happening. According to the CDC, antibiotics have been so widely used for so long that many of the organisms they were designed to kill have begun to adapt to them, making these drugs less effective. As antimicrobial-resistant organisms become more prevalent, disease spreads more quickly. Hospital stays get longer and more expensive, and in some cases, patients can die as a result of infection. 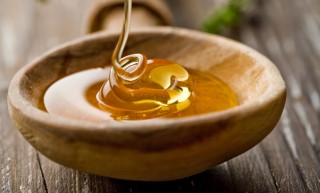 Honey: a sweet solution to antibiotic-resistance?

The idea that honey can boost and otherwise improve human health is not new: Not only is the condiment packed with antioxidants, but may even be a natural treatment for allergies. According to a March 16 ACS press release, medical professionals can even use honey in topical dressings to help prevent infections. Now researchers believe honey’s natural antibacterial properties could be a significant weapon in the battle against antibiotic resistance.

“The unique property of honey lies in its ability to fight infection on multiple levels, making it more difficult for bacteria to develop resistance,” study leader Susan M. Meschwitz, Ph.D., of Salve Regina University in Newport, R.I., said in the ACS release. She notes that honey has a combination of properties known to kill bacterial cells, including hydrogen peroxide, an osmotic effect, acidity, a high sugar concentration and polypohenois. The osmetic effect in particular, which results from honey’s high sugar content, draws water from bacterial cells, effectively killing them through dehydration.

The ACS release notes that additional studies have shown that honey can inhibit the formation of biofilms, which are communities of disease-causing bacteria. “Honey may also disrupt quorum sensing, which weakens bacterial virulence, rendering the bacteria more susceptible to conventional antibiotics,” Meschwitz said. One other advantage honey has over conventional antibiotics: It does not target bacterias’ essential growth processes, which, in simpler terms, means the bacteria do not build up resistance to it as they do with conventional drugs.

The study abstract is available on NewsWise.com. Though the study is only preliminary, it may prove to be significant. With time, other researchers can explore just how effective honey may be in combating antibiotic resistance — and how patients can make the most of this medicinal superpower. In the interim, you can take other steps to minimize antibiotic resistance.

Smearing honey on your morning toast or stirring it into your tea may help prevent antibiotic resistance, but it is not the only way to minimize risk. The CDC recommends taking the following steps to protect yourself — and your loved ones — from this dangerous health threat:

You can learn more about antibiotics and antibiotic-resistance by talking with your healthcare provider. You can also look to organizations like the CDC and the FDA.(source)