Dry stone is a building method by which structures are constructed from stones without any mortar to bind them together. Dry stone structures are stable because of their unique construction method, which is characterized by the presence of a load-bearing façade of carefully selected interlocking stones. Dry stone technology is best known in the context of wall construction, but dry stone artwork, buildings, bridges, and other structures also exist. 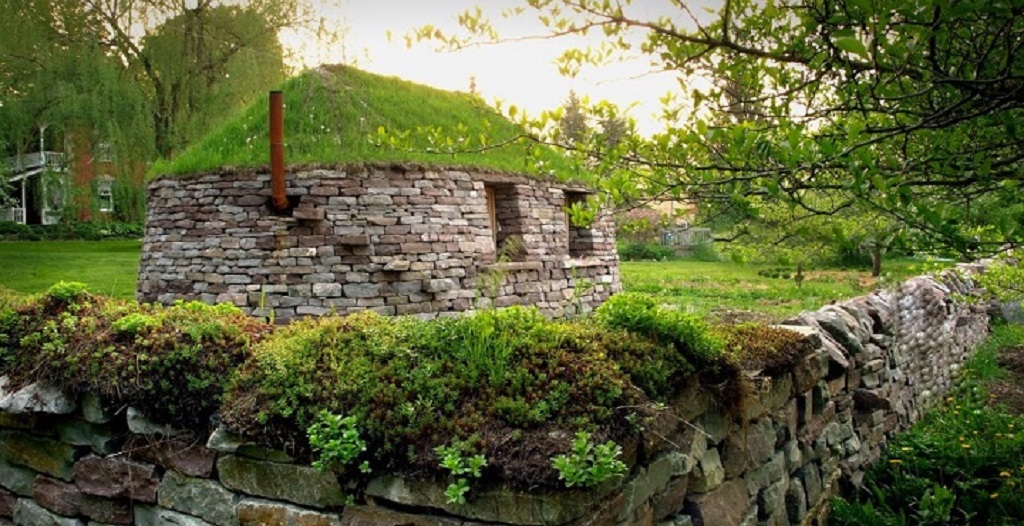 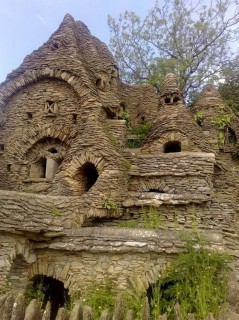 Dry stone work in the hands of a skilled waller is an art form. An art form that will last multiple lifetimes and serves multiple functions. Using but one tool; the hammer, and much patience and strength, a skilled waller can lay yards of fence per day.

Most modern wallers do not like to shape stones but instead prefer to locate the perfect nature shaped stone. As their eyes have developed an acute sense of space, an experienced waller most times will only pick up a stone once, before positioning it.

While the dry-stone technique is generally used for field enclosures, it also was used for buildings. When buildings are constructed using this method, the middle of the wall is generally filled with earth or sand in order to eliminate draughts. During the Iron Age, and perhaps earlier, the technique also was used to build fortifications. 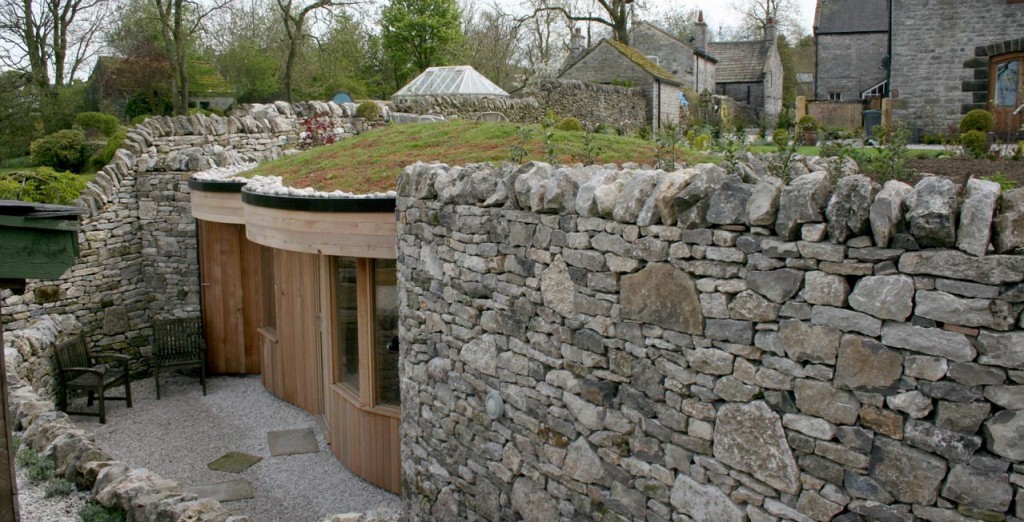 There are several methods of constructing dry stone walls, depending on the quantity and type of stones available. Most older walls are constructed from stones and boulders cleared from the fields during preparation for agriculture (field stones) but many also from stone quarried nearby. For modern walls, quarried stone is almost always used. The type of wall built will depend on the nature of the stones available.

One type of wall is called a “double” wall and is constructed by placing two rows of stones along the boundary to be walled. The foundation stones are ideally set into the ground so as to rest firmly on the subsoil. The rows are composed of large flattish stones, diminishing in size as the wall rises. Smaller stones may be used as chocks in areas where the natural stone shape is more rounded. 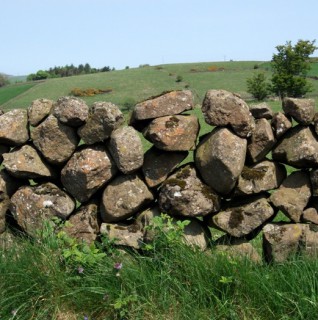 The walls are built up to the desired height layer-by-layer, and at intervals, large tie-stones or through stones are placed which span both faces of the wall and sometimes project. These have the effect of bonding what would otherwise be two thin walls leaning against each other, greatly increasing the strength of the wall. In Britain the width of the wall invariably diminishes as the wall gets higher. The voids between the facing stones are carefully packed with smaller stones. 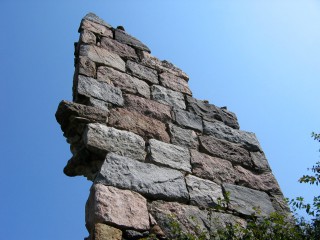 In addition to gates a wall may contain smaller purposely built gaps for the passage or control of wildlife and livestock such as sheep. The smaller holes usually no more than 8  inches in height are called ‘Bolt Holes’ or ‘Smoots’. Larger ones may be between eighteen and 24  inches in height, these are called a ‘Cripple Hole’.

Boulder walls are a type of single wall in which the wall consists primarily of large boulders, around which smaller stones are placed. Single walls work best with large, flatter stones. Ideally, the largest stones are being placed at the bottom and the whole wall tapers toward the top. Sometimes a row of capstones completes the top of a wall, with the long rectangular side of each capstone perpendicular to the wall alignment.

Another variation is the “Cornish hedge” or Welsh clawdd, which is a stone-clad earth bank topped by turf, scrub, or trees and characterised by a strict inward-curved batter (the slope of the “hedge”). As with many other varieties of wall, the height is the same as the width of the base, and the top is half the base width.

Different regions have made minor modifications to the general method of construction — sometimes because of limitations of building material available, but also to create a look that is distinctive for that area. Whichever method is used to build a dry stone wall, considerable skill is required. Selection of the correct stone for every position in the wall makes an enormous difference to the lifetime of the finished product, and a skilled waller will take time making the selection.