Papercrete is a relatively new material in the natural building world. It is basically re-pulped paper fiber with clay, lime or in some cases Portland cement added. When cement is added, this material is not as “green” as would be ideal, but the relatively small amount of cement is perhaps a reasonable trade-off for what papercrete can offer.

Papercrete was originally patented in the 20′s.  The patent lapsed because it was too easy to make on your own and the patent holder wasn’t able to capitalize on the product.  It really came into it’s own as a building material in the 1980′s.

The mix ratio which is commonly used to make papercrete is 50% paper and  50% binder materials  by dry weight. The amount of water added should be just enough to make the mix slurry. This is for “pure” papercrete, without sand. For a more durable product that doesn’t shrink as much, has more compressive strength and is less likely to burn, it is advised to add some sand to the mix, and reduce the amount of paper proportionally by wet volume. It is best to experiment and come up with a mix that works for your specific construction demand. 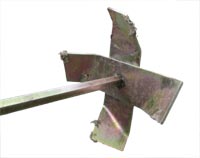 There are a number of ways to mix papercrete, differentiated mainly by capacity. The whole idea of mixing is to tear the paper apart in water to produce a slurry, and then mix in  the binder additives. This means get the paper and water mixed first, and then add the other components. 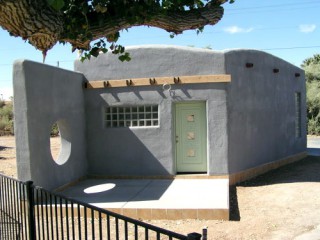 Some builders prefer to purchase paper which has already been ripped apart by running it through a hammer mill. After milling, it looks like cellulose insulation; the type blown into the roof crawl space of many homes for roof insulation. In fact, it is the same material without the moisture resistant and fire retardant chemicals. The advantage of working with hammer milled paper is that the additives can be mixed in using a conventional concrete mixer. 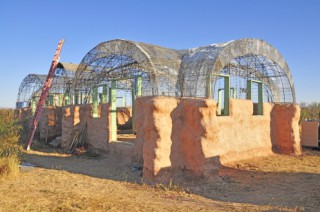 Papercrete is relatively light and more flexible than earth, rock or concrete, it is potentially an ideal material for earthquake-prone areas. It can be used in many ways — as blocks, panels, poured in place, augured, pumped, sprayed, hurled, troweled on, used like igloo blocks to make a self-standing dome or applied over a framework to make a roof or dome. 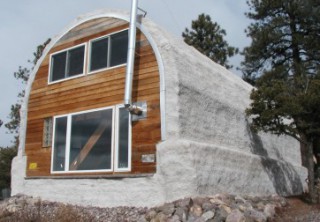 Papercrete is a forgiving material, depending on the type of binder used curing time and procedure result in trade-offs in its properties. For example, adding more sand to the mix results in a denser, stronger, more flame retardant material, but adds weight and reduces R-value. Heavy mixes with larger amounts of sand increase mass and strength to a point, but reduce workability.

Adding more than the minimum amount of binding agent to the mix increases strength and resistance to abrasion, but also reduces flexibility somewhat, adds weight and may reduce R-value. So the trick is finding the best mix for the application. 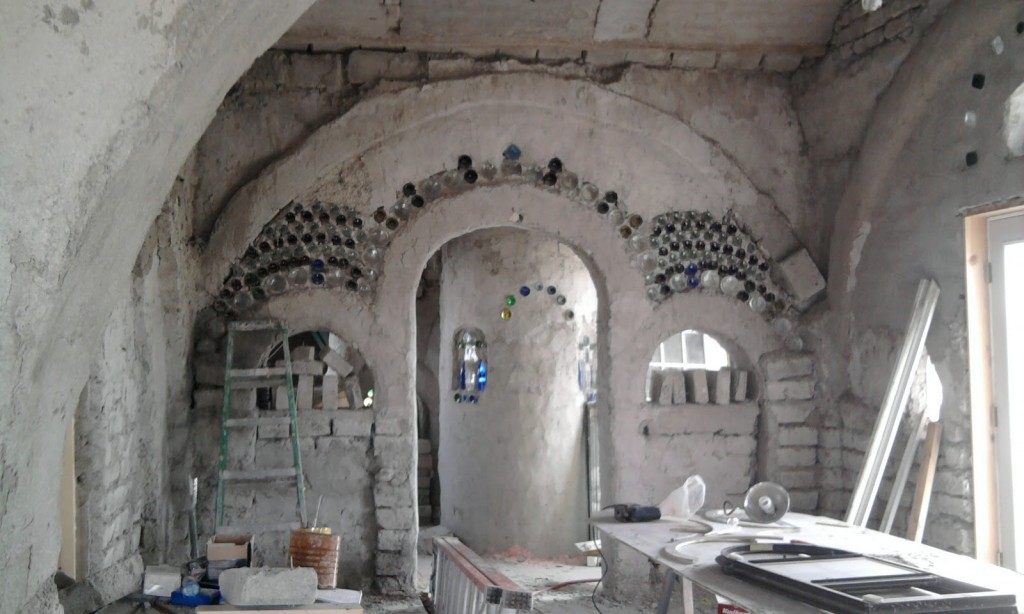