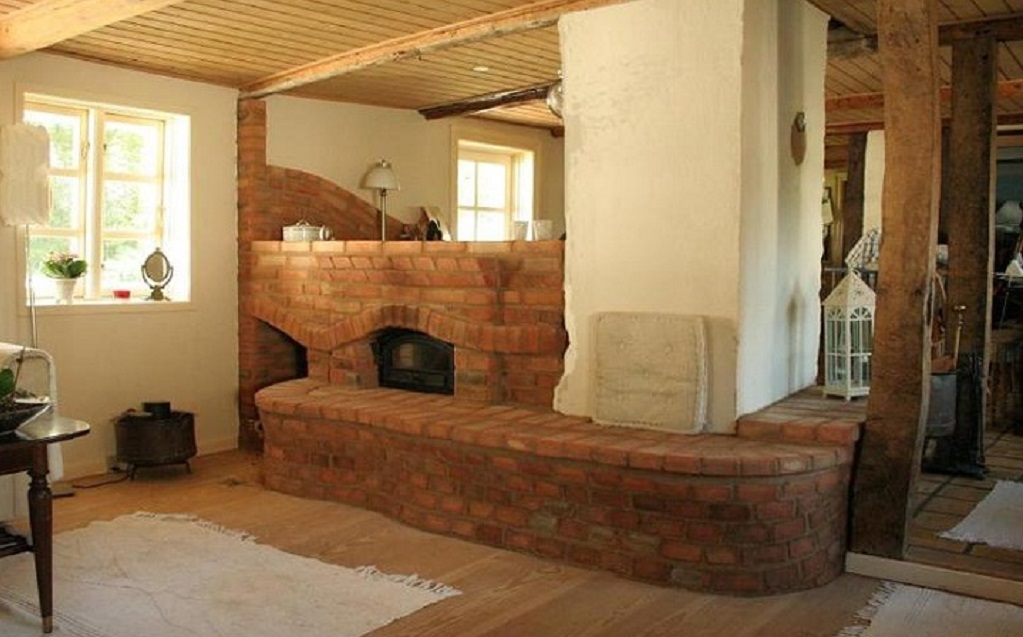 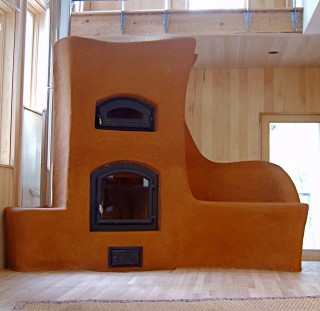 A masonry heater is a device for warming an interior space through radiant heating, by capturing the heat from periodic burning of fuel in a thermal battery (mass) and then radiating the heat at a fairly constant rate and temperature for a fairly long period.

Archaeological digs have revealed excavations of ancient inhabitants utilizing hot smoke from fires in their subterranean dwellings, to radiate into the living spaces. These early forms have evolved into modern systems.

Masonry takes longer to heat than metal; but once warm, the heater will radiate this heat over a much longer period of time and at a much lower temperature than a metal stove would use as the metal is hot only when there is a fire burning inside the stove and for a short time thereafter. 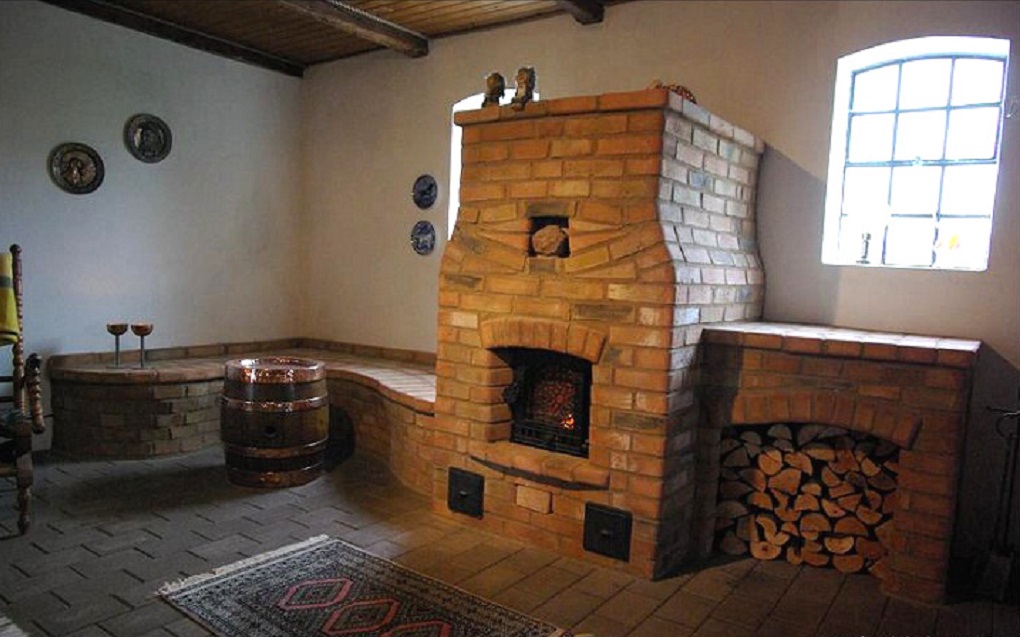 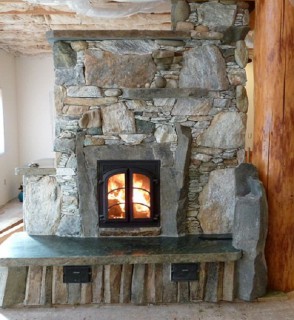 A masonry heater is warmed by fires that burn for a short time, it is mostly the heat stored by the heater’s mass that heats the living space. Both in Europe and in America seating and even beds are occasionally built adjoining the masonry stove. This is possible because the heater’s exterior surfaces remain cool enough to touch safely.

masonry stoves burn hotter than metal wood stoves and their winding maze of flue (baffles) warms the surrounding masonry, which then emits heat for 18 to 24 hours. The temperature can reach over 1000 degrees Celsius inside some masonry heaters (vs 350/400 C. inside a metal stove). At these high internal temperatures, the hydrocarbon gases ignite, leaving very minimal pollution. 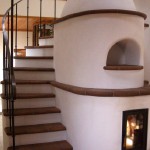 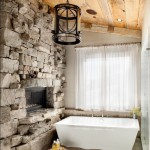 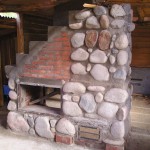 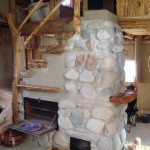 When burning wood, about 30% of the generated heat is supplied by the wood solids and 70% of its heat is contained in released gases. If the volatile gases are not fully combusted, they escape as wasted heat and polluting particulate emissions. Igniting and then drawing the heat out of the combustion gases turns almost every ounce of wood into energy.