Light straw clay (also known as light clay, light clay straw, slip straw) is a natural building material used to infill between a wooden frame in a timber framed building using a combination of clay and straw. It can also be used with  wood chips, hemp fibers, sawdust or some other lighter material. 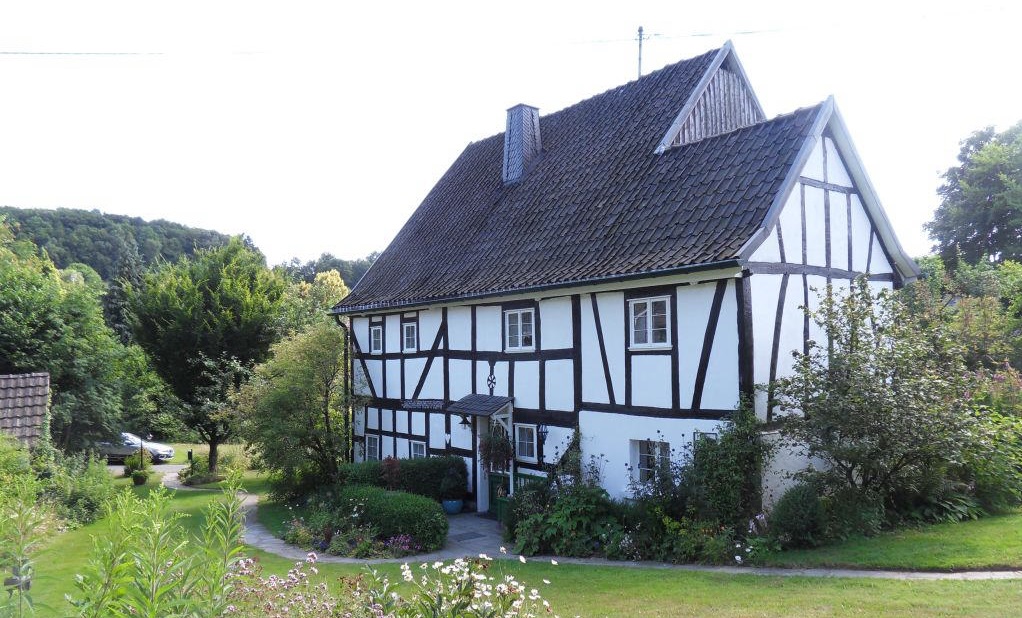 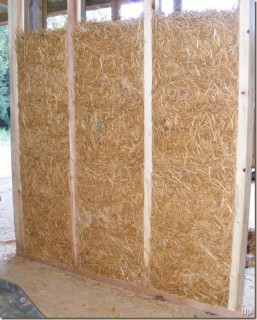 A mixture of clay and straw was used as an infill material for timber framed building from at least the 12th century in Germany and elsewhere in Europe. Renewed interest in traditional building methods developed from the 1980′s after which various natural building architects and builders started promoting the use of light clay

Local clay, often local subsoil, is mixed into a slurry with water and then combined with straw or wood chip or other similar material. Wood chips can vary in size from sawdust to chips of 5 cm in diameter. The ratio of clay to other ingredients can be adapted to either increase thermal mass or insulation properties. The mixture is provided with additional structural strength using wattles. When used externally it can be protected with a lime render or a clay render. 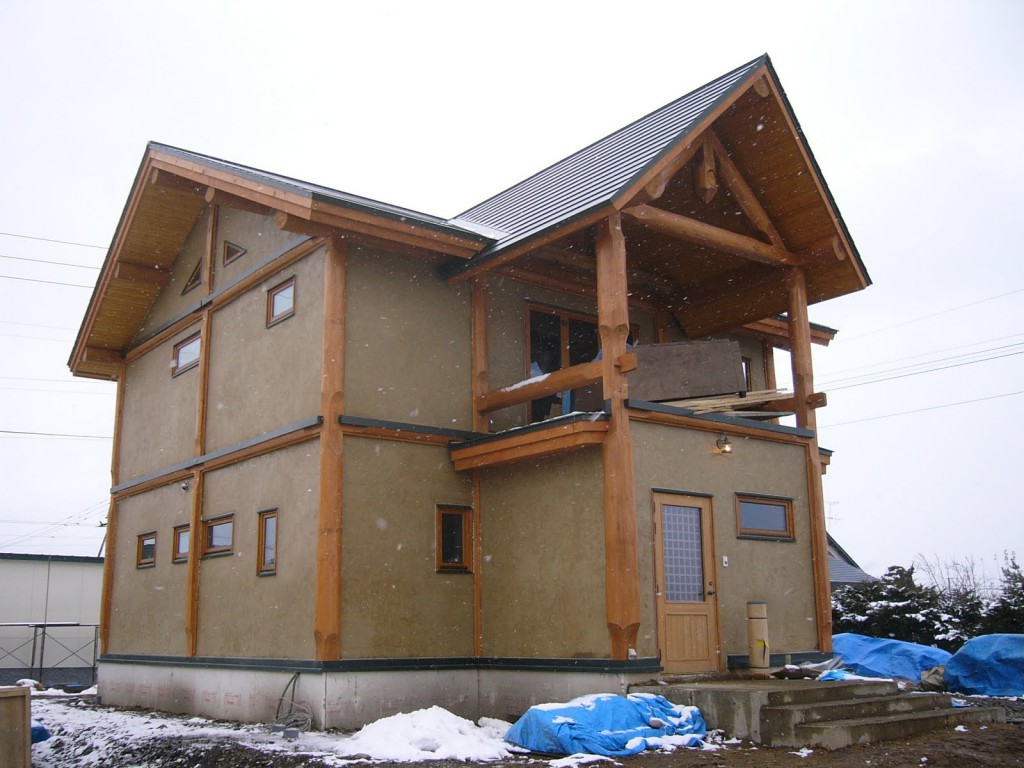 Light straw clay  is a building material with unique properties. It is a very low-impact material, site-made of unprocessed earth and waste agricultural fiber. It is solid, durable, non-toxic, and semi-structural (self-supporting within reasonable limits). It is both a reasonably good insulator and a thermal storage medium. It accepts natural admixtures such as linseed oil, casein and prickly pear extract for greater water-resistance and durability. It handles water vapor well in a cold climate, and it is resistant to rot, vermin and fire.

Clay is mixed with water to form slip. Slip can vary in consistency between thin (like cream) and thick (like a milk shake).  The clay does not have to be a pure potters’ clay, but rather simply earth loam with a high clay content.

Then clay slip is poured over the straw like dressing on a salad, the straw is tossed until it has just a light coating of clay slip. The mixture’s readiness is tested by grasping a bunch of straw in the hand. If it sticks together in a clump, the batch is ready to be compacted into the form.

The slip-coated straw can either be packed immediately into the wall cavity, or else left to set up for up to 24 hours. This supposedly helps the clay soak into the straw so the wall will hold together better. In any case you want to keep the coated straw well covered so that it doesn’t dry out, or you will need to moisten it again before packing it into the wall.

The slip-coated straw is then placed into the forms and compacted. For tight spots use tampers made from short lengths of wood. Forms are removed immediately after being filled to the top, to avoid surface mildew growth and to allow the new wall to begin drying.

Depending on the season and the climate (wind and relative humidity), full drying of a wall will take up to a week per inch (2.54 cm) of thickness. In the first week or so wheat grass usually sprouts out of the wall until the wall surface dries. After the wall has dried the finishing plaster can be applied.